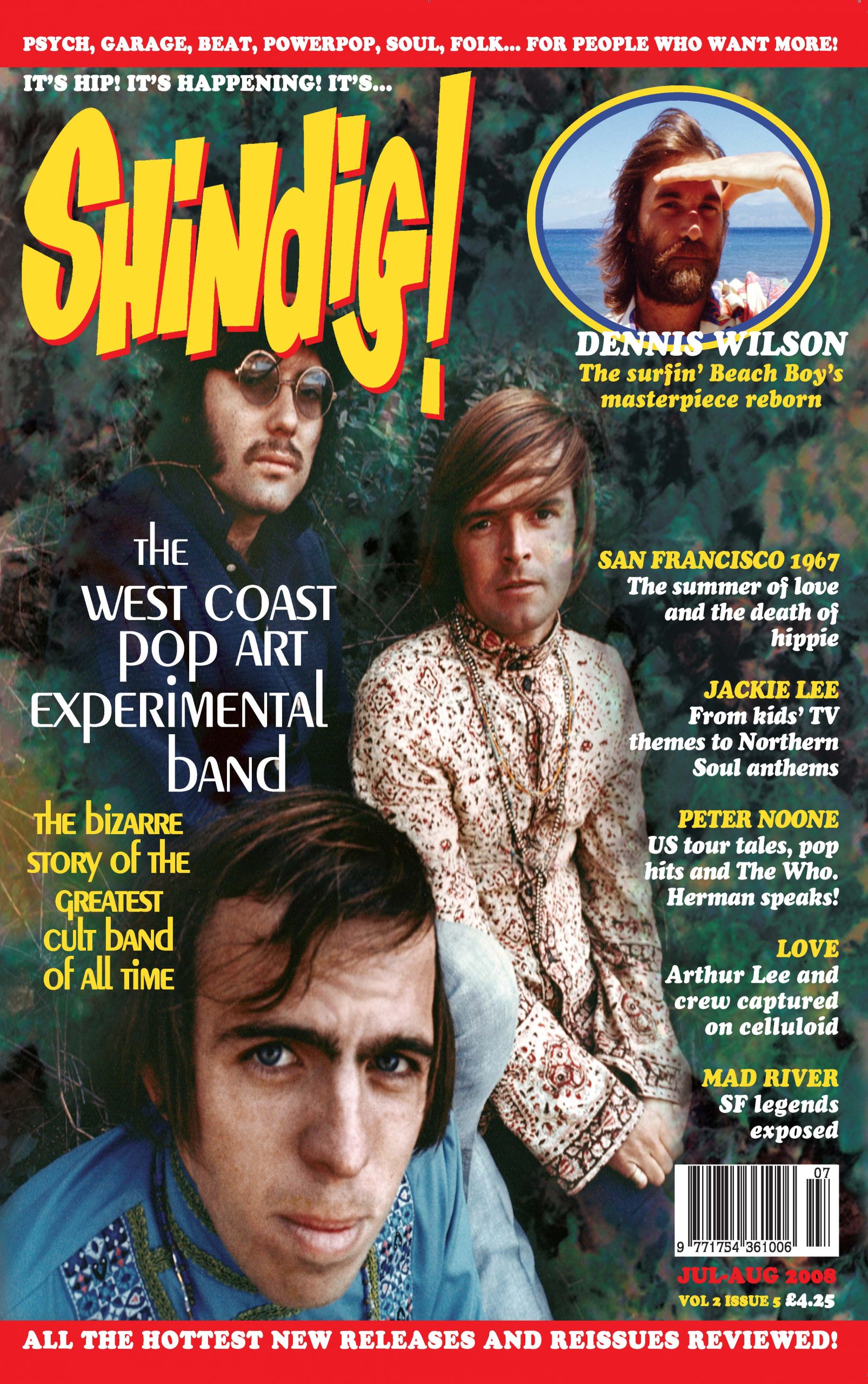 Category: Magazines Click on any artists name to see what other Shindig! back issues they are featured in: Dennis Wilson, JACKIE LEE, MARK FRY, Mellow Candle, Peter Noone, The Beep Seal, The Late, The Magnificent Brotherhood, WEST COAST POP-ART EXPERIMENTAL BAND, WYNONIE HARRIS

IT’S A HAPPENING THING! : News and previews. Love, The Magnificent Brotherhood, Mellow Candle, The Beep Seals, The Late and more.

JACKIE LEE: From ’50s crooning to ’60s Northern Soul to ’70s pop. The Rupert lady tells all. By JEANETTE LEECH.

WEST COAST POP-ART EXPERIMENTAL BAND: Part one of the most full-on, in-depth story ever written about this amazing cult band. By TIM FORSTER.

THE PINK FAIRIES: A new book follows the fortunes of the infamous West London pre-punks. By RICH DEAKIN.

MARK FRY: Why did it take 35 years for him to follow up his early ’70s acid-folk masterpiece? By JEFF PENCZAK.

JAZZ PSYCH: No, we didn’t just make it up. An introductory guide. By MARK WINKELMANN.

SAN FRANCISCO: 1967: The summer of love and the Death of Hippie. The final instalment of our in-depth timeline. By JOHNNY BLACK.

MAD RIVER: The out there world of the second generation SF psych rockers. By JOHNNY BLACK.

HUMAN BE-IN: The day in January ’67 when a whole world seemed to be at one. By PATRICK LUNDBORG.