BROADCAST
It’s hard to cite many latter day bands that have taken the aesthetics of ’60s psychedelia and avant-garde music, and moulded them like a child playing with multicoloured blobs of Plasticine; but that’s exactly what the otherworldly West Midlands collective BROADCAST have been doing for the past 18 years ­ defying trends, inventing styles and confounding fans along the way.

Within the following pages THOMAS PATTERSON uncovers a very human musical heart with founder member JAMES CARGILL, while KRIS NEEDS, JEANETTE LEECH, MARK BREND and more attempt to join the dots between a modern phenomenon an> a wealth of arcane musical, cinematic and literary references

GIALLO MOVIES
When the sadistic murders and seedy voyeurism of Hitchcock met the technicolour trappings and swinging soundtracks of cosmopolitan Europe, a unique and bizarre cinematic genre was born.

JOKERS WILD
JOKERS WILD emerged from Cambridge’s thriving beat group scene, wooing fans and peers alike. But, despite releasing a handful of now-treasured recordings, playing residencies in France and Spain and recording with French superstar Johnny Hallyday, the group has spent the last 45 years as little more than a footnote in the careers of Pink Floyd, Foreigner and Sutherland Brothers & Quiver.

SWEET
Before they busted, hell-raised and blitzed their way into the nation’s hearts in the ’70s, THE SWEET suffered every known indignity and embarrassment at the hands of a ’60s pop industry that had no idea what to do with them. Cabaret seasons, unscrupulous management, “shit” singles and, er, Deep Purple. It’s all here.

EMERALD WEB
Crystal skulls, chakras and rune stones are probably the kind of ephemera you might associate with the New Age movement. But clear a path through the dream catchers and pentacles and, with one flick of an obsidian wand, you’ll find New Age psych heroes, EMERALD WEB.

AUSTIN MATTHEWS looks beyond the clichés with one half of the duo, Kat Epple

MIKE HERON
The Incredible String Band’s MIKE HERON raised a few eyebrows with his solo debut in 1971 – nobody was expecting guest spots from Keith Moon, Ronnie Wood and John Cale. Then came another, even more rock-orientated outing.

ALEX NIELSON reports on two albums by “the poppy one”. 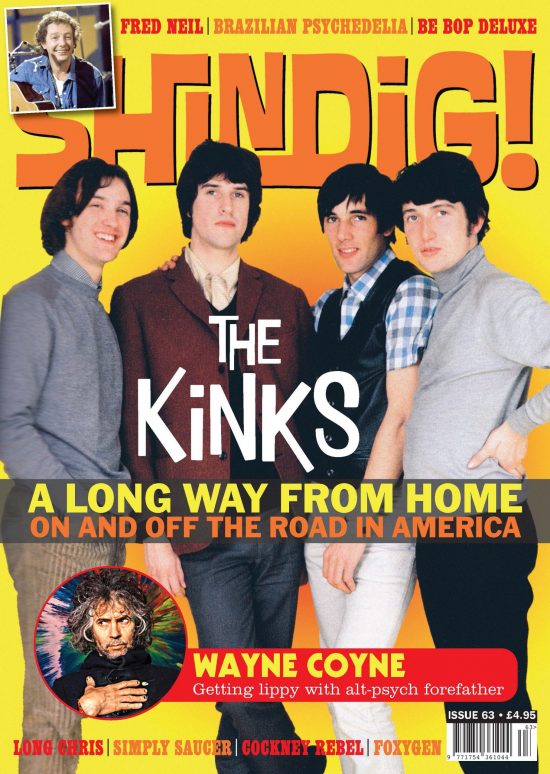